How to Handle Emergency Child Custody in Florida

Emergency child custody may be required in situations where the child’s safety is at risk if they are allowed to stay with the co-parent. The specific laws that govern this procedure differ in different states, and divorce attorneys are equipped to handle such cases. In the state of Florida, Bergman Family Law is a trusted name when it comes to helping you attain emergency child custody.

Emergency child custody may be one of two types: ex parte and a normal emergency child custody motion. The ex parte motion is filed directly to the judge without notice to the other party, whereas the latter is traditionally served to the other party, giving them notice to make any objections, present evidence, and witness testimony to defend themselves against the filed motion. Ex parte motions are rarely filed, only in situations when the child is at high risk or there is evidence to believe that the opposing party may be attempting to remove the child from the jurisdiction before lengthy proceedings can take place. Bergman Family Law can represent you in both cases.

In order for an emergency custody motion to be successfully filed, the judge must feel that the situation is dire enough for such an action. Apart from having some evidence to support the notion that the child is at risk unless swift action is taken, the attorney representing the case must be trained to know how to describe the situation properly when the emergency pleadings are written. The emergency pleadings are a very important step in the process since the judge will decide the validity of the case based on these, before hearing the argument from the respective parents. All the important facts of the case must be appropriately conveyed to the judge.

If any of these conditions fit your child’s situation, you should not delay filing an emergency custody motion.

Photographs, phone records or social media posts may be presented as evidence, among other things. Although it is recommended that this motion is used sparingly, these laws exist to put the safety of the child above all else. Obtaining emergency child custody provides a window to build a stronger case for reiteration of the previous custody arrangements if they are unsatisfactory for one of the custody holders, while ensuring that the child is protected in the meantime. After the motion is ruled, both parties are obligated to follow the ruling as the word of law. The attorneys at Bergman Family Law are well-equipped to represent you if you face this distressing situation. 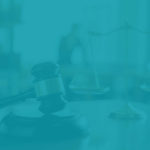 Back To School Tips For Divorced Couples

Common Mistake During a Divorce